T Series Beats PewDiePie As The Most Subscribed to Channel

After months of campaigning, PewDiePie briefly lost his place as the most subscribed to creator on YouTube to arch-rival T Series. Find out what happened and why. 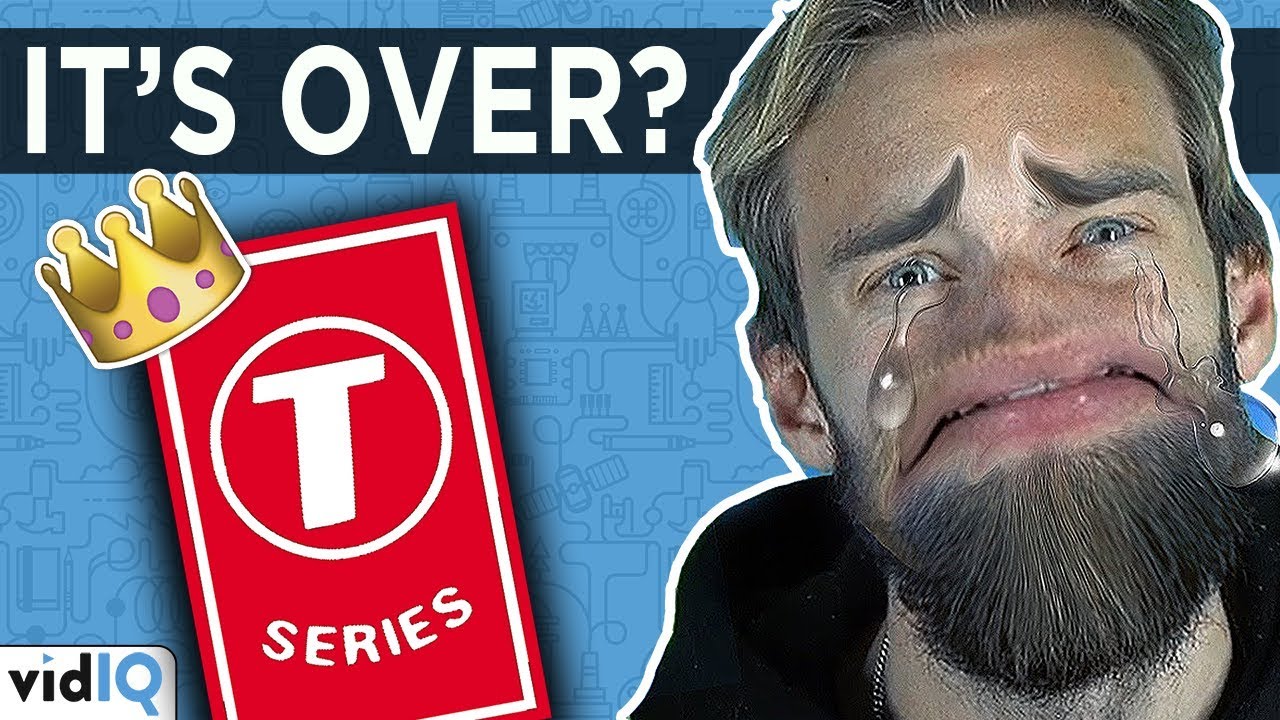 For a brief few minutes on Friday 22nd of February, the King of YouTube, PewDiePie lost his crown to T Series, his nearest rival contender. In a race which has gripped the YouTube community and seen PewDiePie fans initiate a number of stunts to keep the gaming creator’s numbers higher than any other YouTube channel, it was a routine audit from the platform that finally give T Series their spot at the top for a whole 20 minutes before PewDiePie regained the lead.

At time of writing, the influencer now has more than a 120K subscriber jump on the Bollywood media distributor, and due to the printer hacks, Super Bowl shout-outs, Elon Musk support, and other golden promotional opportunities, PewDiePie could possibly be the first YouTuber ever to crash through the 100M subscriber barrier.

A few days ago, VidIQ ran a poll where we asked our followers whether PewDiePie would reach the 100M subscriber mark before T Series. An overwhelming 62% confirmed they did see the influencer smashing this goal but one user brought up the very valid fact that PewDiePie’s numbers may be inflated due to random accounts being created specifically to subscribe to his channel: 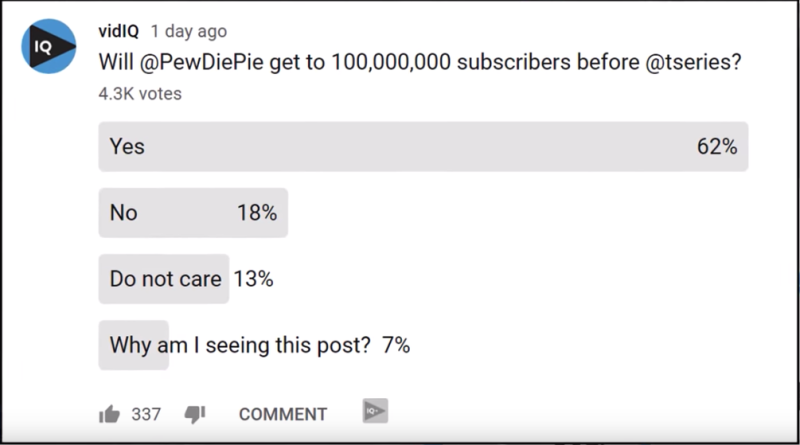 There’s no denying that the rallying call to, and between, the Bro Army has kept PewDiePie afloat in the face of sheer content uploads and viewing figures from T Series. But there’s also no denying that PewDiePie’s recent subscriber push may not be totally organic, and that may be a problem.

When YouTube does a purge of a YouTube channel the aim is to eliminate all non-legitimate subscribers and keep only the genuine ones. YouTube has pre-warned creators in the past that channel audits are imminent, but the platform has also carried out these sweeps without warning, which seems to have been the case last week. Socialblade confirmed that PewDiePie’s channel had been one of those affected, and consequently lost around 8K subscribers. It appears that T Series didn’t suffer the same fate, hence the blink-and-you’ll-miss it toppling of the crown.

With subscriber rates being so close between the two channels, it’s surprising that this kind of thing hasn’t happened before and to a much larger degree. But to really hold the lead, T Series needs to have more subscribers than PewDiePie for a significant amount of time to be officially recognised (by us anyway) as the new most subscribed to channel on YouTube.

In the meantime, by inflating his subscriber numbers via account set-ups or stunts, fans may actually be doing PewDiePie a massive disservice. YouTube are going to keep auditing channels and weeding out bots and other false-flag subscribers and view counts and the influencer may lose his top spot because of his rabid fan base and their campaign to keep him King, despite their best intentions.