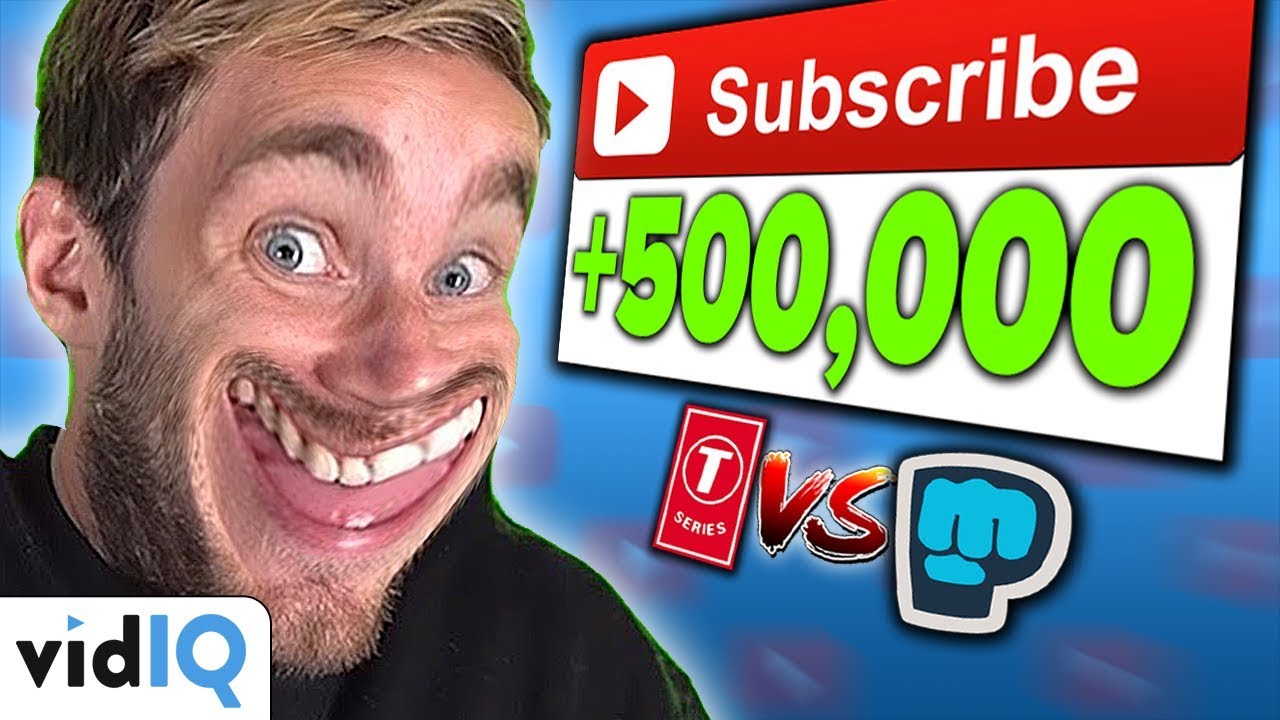 T-Series is definitely gonna overtake PewDiePie. No. PewDiePie just got half a million subscribers in a single day.

I woke up to this morning was something quite incredible. First of all, it starts with vidIQ. We did a video last week about another MrBeast antic on the subscriber race. And it'd been doing relatively well, but overnight, it exploded in views. At one point, we were giving it 20,000 views per hour. And that told me something about the current situation with the PewDiePie-versus-T-Series subscriber count. And no doubt, I'm sure you've seen all of these over the past couple of weeks. Live subscriber counts of the battle. The number of people watching these livestreams on Sunday morning exploded. The top result here, FlareTV, at one point had 70,000 people watching the subscriber count. To give you some perspective, that's the entire population of Andorra watching two numbers compete with each other.

This was supposed to be the endgame. The YouTube universe was starting to smell blood. By the end of December the 1st, T-Series was less than a hundred thousand subscribers behind PewDiePie. It seemed as if not even a MrBeast-inspired stunt by Justin Roberts, apparently spending $1 million on a billboard in Times Square, asking people to subscribe to PewDiePie, could save him now.

And by noon, just as PewDiePie surpassed at 73 million subscribers himself, the subscriber gap was down to less than 20,000.

As for the subscriber gap between PewDiePie and T-Series, you know, the other channel in this story. Well, up until noon, as you can see, it got as close as 16,000 subscribers and then PewDiePie absolutely obliterated T-Series in the second half of the day. Look at the increasing difference between three o'clock and six o'clock. It's astonishing. It should also be noted at this point that T-Series had a pretty good day as well. They average 155,000 subscribers a day, but they doubled that on December the 2nd. And that's rare. Usually, they're very consistent and they don't have such spikes. But what they do have, just like PewDiePie, is passionate, committed fans rallying behind their cause as well.

PewDiePie vs T Series...Is the Race for the YouTube Crown Finally Over?