PewDiePie has returned to making Minecraft videos on YouTube, and it’s having a dramatic effect on his channel as he nears the 100 million subscriber mark. 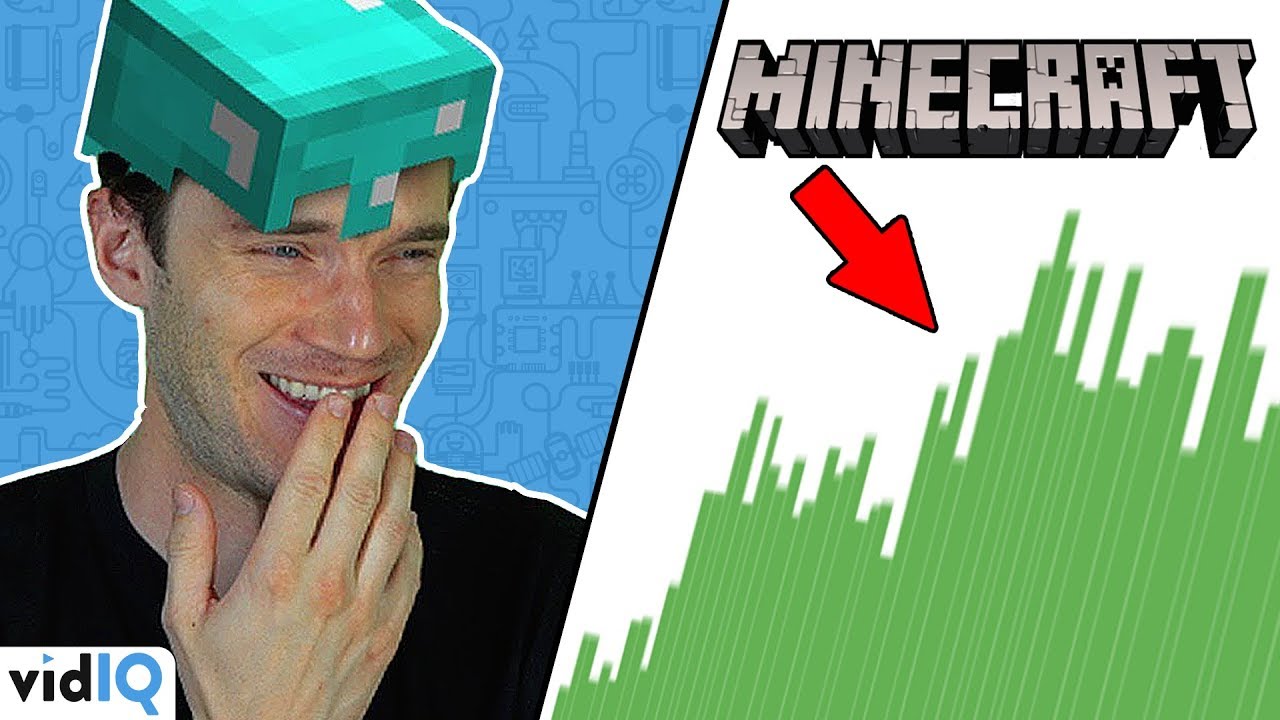 Is this going to be another video about when PewDiePie reaches 100,000,000 subscribers? It's not, no. But he is getting close, and I'd thought I'd dust off the old cobwebs on this thing and get it up and running again. But what is interesting is the speed at which these subscribers are coming in to PewDiePie channel once again.

It's almost like that thing we were talking about for the first six months of the year. Just so happens we've got a cool VidIQ tool to show you what we mean. These are the weekly subscriber counts for PewDiePie's channel since he started the year, and during that subscriber battle with T-Series they were off the charts, pretty much a million subs per week.

Our tool can show you that as well, the weekly number of views on PewDiePie's channel this year so far. And there is no consistency here, with the only spike representing PewDiePie's congratulations T-Series diss track, which went viral. What's far more fascinating here, is the last month worth of views, that have accumulated into more than anything PewDiePie was getting during that great subscriber battle. Now, this sort of evidence leads me to two conclusions. Firstly, during the subscriber battle between T-Series and PewDiePie, people were just creating YouTube accounts and subscribing to PewDiePie, without watching any of his content. Almost as if they were sub-bots. Did I just say that out loud? And secondly, PewDiePie has more or less tripled his daily view count in a space of just two months. And that's what's got our attention. How can a YouTube channel that's already one of the biggest in the world, effectively double it's view count seemingly overnight.

Yes, ladies and gentleman, boys and girls, children of all ages, especially nine year olds, PewDiePie has returned to his roots - the game that kick started his YouTube career. Minecraft. And this blast into the past has already proven to be very lucrative.

As we can see using another VidIQ tool. It shows the view performance of the PewDiePie video below verses the channel average. And after one day, the video performed worse than the average PewDiePie video. But it didn't take long to reverse that trend. By day seven it was performing above expectation, and after a month it was almost double what PewDiePie would usually expect from one of his videos on his channel. 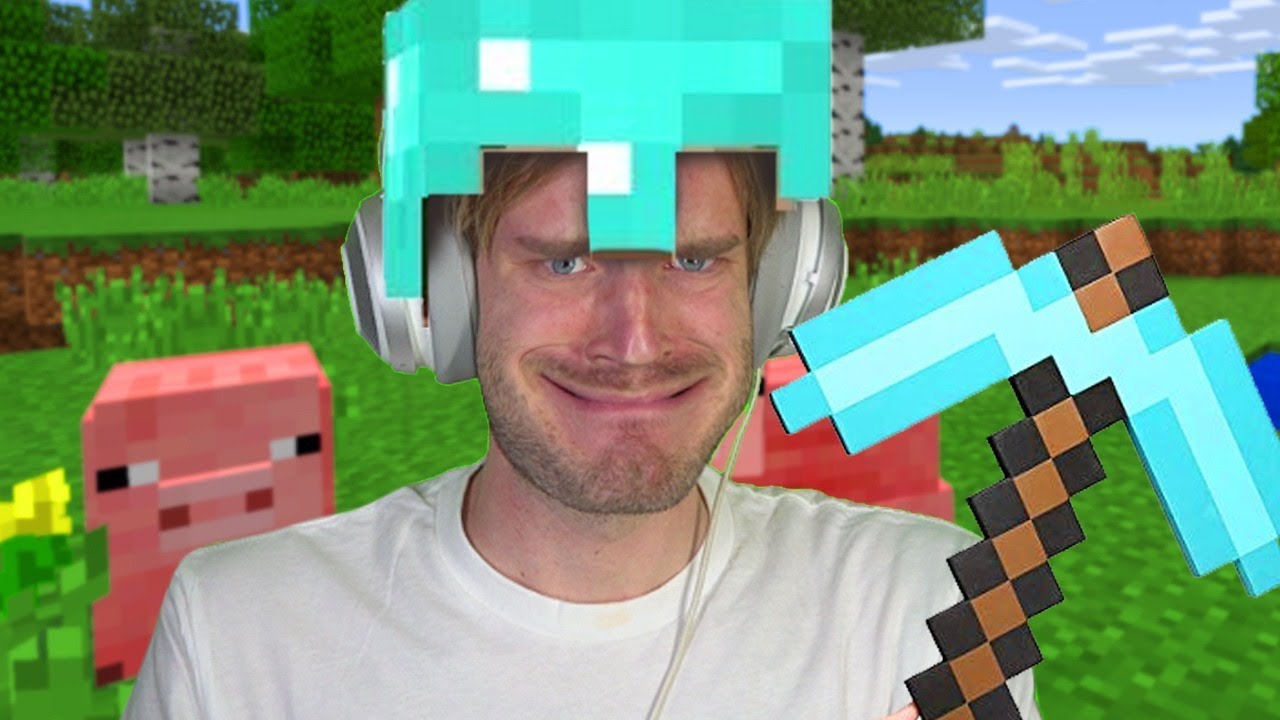 And when you think about it, that makes total sense. Remember millions, potentially tens of millions of people subscribed to PewDiePie's channel for that original Minecraft content. And do you know what a lot of people still do on YouTube a decade later? They search for Minecraft. And who is at the top of that search term right now? Yeah, that's right. It's PewDiePie. And according to our VidIQ research tool, he is the top creator for the keyword right now. Meaning he has the most videos on the first page of Minecraft search for YouTube.

Now, PewDiePie isn't usually one to strategically go after keywords, or try to rank videos for certain topics. And that's not because he doesn't know how to, he just doesn't care and doesn't have to. These are the videos PewDiePie was making a month ago. Which are, well, whatever PewDiePie wants to make. And those videos range from anywhere between 4,000,000 views to 9,000,000 views. Yeah, exactly. Who cares about strategy when you're that successful with every single video that you make?

But, for the last month, PewDiePie has made nothing but Minecraft videos. And every single one of them is getting more than 10,000,000 views. Essentially PewDiePie has embraced the most basic principal in the YouTube playbook. Focus on a topic, and deliver that to your audience with every single video that you make. The double down concept. But again, I don't think PewDiePie is actively pursuing this strategy because he wants more subscribers, or more viewers, or indeed more money from the ad sales on the videos. I think he's just playing Minecraft because he wants to play Minecraft again.

Now in the last month, PewDiePie has made around about 25 videos on the topic of Minecraft. Each of them getting at least 10,000,000 views. So lets put that into perspective. At least 250,000,000 views being plowed into a topic. That has had quite a ripple effect on Minecraft as a search term.

Back to our VidIQ tools once again, where we can see what video tags creators are using. And in a very rare occurrence, for PewDiePie's return to Minecraft gaming, he actually used some tags. One of those tags was Minecraft, and when we click it, our keyword inspector is launched, showing you the trend of that keyword over time. And, right now, Minecraft is trending more than it ever has done, in the last 365 days.

The pivot point for this surge in popularity, was the second half of June. Any guesses for when PewDiePie's first Minecraft video was? Yeah, I'm afraid there's no prizes for this. I've told told you in the first 10 seconds of this video. It's the 21st of June. This is not a coincidence. This will also explain why some of your favorite YouTubers have suddenly returned to Minecraft, or started dabbling in it, jumping on the wave of a returning trend in this case. And I'm not going to lie to you, folks, that's exactly what we are doing right now. Jumping on a trend.

I think it's fair to say PewDiePie has had a very positive impact on the popularity of Minecraft this summer. And what makes all of this even more interesting, is the demise of YouTube's other great gaming institution. Fortnite. For the first time in 18 months, more people are searching for Minecraft than they are for Fortnite. And we're not just talking about search volume here. Fortnite has been in decline in terms of revenue and hours watched on streaming platforms, such as Twitch.

Now in the grand scheme of the gaming universe, this isn't too much of a surprise to me. Games have a limited lifecycle. And, for Fortnite to be at the top of the gaming universe for the last 18 months, two years, is testament to how well that game has done. After all, it did pretty much define the Battle Royale genre, and there are lots of competitors who want to muscle in on that piece of the pie. But when it comes to Minecraft, it has durability on a whole different level. It didn't just define it's genre, it created it in the first place, and is accessible to all ages.

Admittedly, this is a tiny sample size, but when PewDiePie jumped back into the Minecraft topic, he also did a Fortnite collaboration video with Jacksepticeye, a gaming channel with more than 22,000,000 subscribers. The Minecraft video you see next to it got nearly 8,000,000 more views. When two of YouTube's most prominent video creators with a combined subscriber base of more than 120,000,000 subscribers put together a video on Fortnite which performs three times worse than a video on Minecraft, then you know Fortnite's in a bit of trouble.

But terminal? Well, Minecraft has gone through similar trend recessions, and has been declining overall for years. But it still has a warm place in gamers hearts. None more so than PewDiePie's. As for when he hits 1000,000,000 subscribers, well if does carry on creating Minecraft videos, I'm going for August the 12th. What do you think?