Uploading eye-catching custom thumbnails for your YouTube videos is vital, but will changing old thumbnails help generate more views? Check out these insights from Vevo. 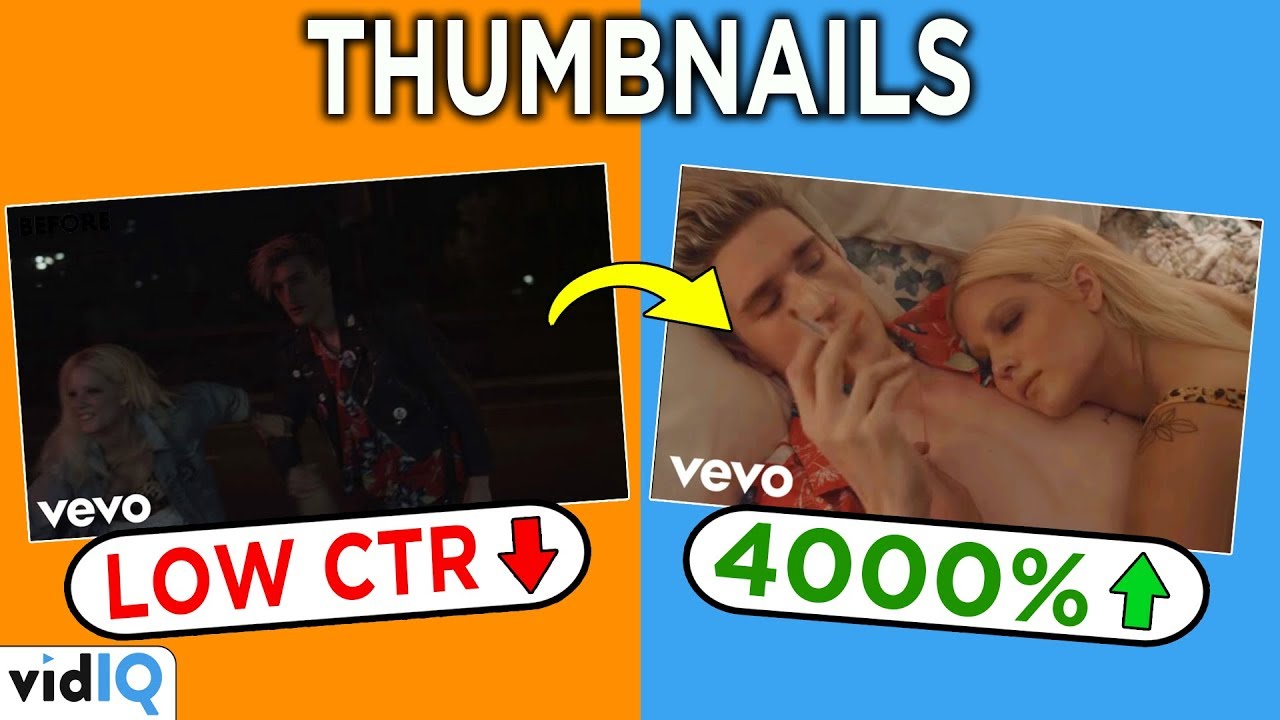 Welcome to another in our exclusive series about getting the most out of custom thumbnails on YouTube, but what about the thumbnails you have used for the videos you’ve already published?. Your previous endeavors in the world of creating imagery probably wasn't that great. At vidiQ our thumbnails have certainly evolved in the past year - now we are more consistent with colors, and use much less text.

We know for a fact that our thumbnails are better than what they used to be because of data. If we look at our YouTube click-through rate analytics, it tells us that people are twice as likely to click on our videos now than they were this time last year. So, should you go back through your old videos and update the thumbnails to the skills you have now in the hope that you will get more clicks and more views? Well, this case study might answer that question.

Even VEVO, one of the largest providers of musical content on YouTube, admitted to their own failing when it came to custom thumbnails. Nine months ago, they decided to embark on a hugely ambitious project to update the thumbnails on thousands of their videos, including this one for 'Ghost' by Halsey. The thumbnail went from looking like on the one on the left to the one on the tight:

The short term effect was quite staggering. After the initial surge of views things were starting to flatline, but that switch in thumbnail was just the injection the video needed. The switch-up gave the video an immediate jolt in views, as well as more evergreen momentum afterwards. Vevo confirm that the thumbnail change for that specific video resulted in a 4000% increase in views over a two week period.

Now, obviously a sample size of just one is going to give you some pretty extraordinary results, but what about if you do this over 4000 videos. Well, that's exactly what Vevo did and this is what happened. On average, there was a marked increase in views over a 20 day period, before leveling off to an improved rate of over 5%, compared to how the videos performed prior to the thumbnail change. 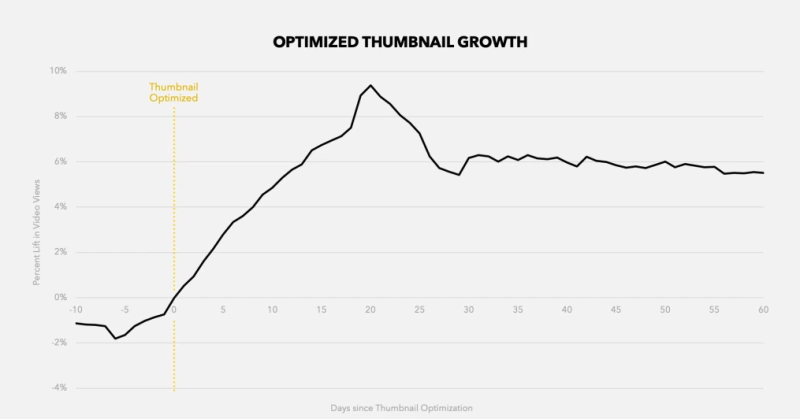 So, this is a no brainer, isn't it? I need to go through all of the terrible thumbnails I was making three years ago, update them all, and I'm guaranteed views. Not so fast. It's important to remember that pretty much every video Vevo releases comes with some traction of view velocity, so that even a few years down the line, that video will be getting hundreds of thousands or views.

For smaller channels who have less views overall, and less evergreen content, it's pointless to change the thumbnails on video that are not driving traffic and expect that to suddenly change. You need to think smartly and be selective. Choose the videos that already have evergreen value on your channel by checking your real time analytics in YouTube Studio. When you first open real time analytics, it will show you videos by most recent, but you can sort by which videos are bringing in the most views over the last 48 hours or 60 minutes. If you sort by either of these, you can soon pick out the videos that could be months, even years old, and still bringing in views. This is called evergreen content, and what you can do is identify videos that are still performing well but look like they have terrible thumbnails.