The right evergreen video content can earn your YouTube channel an incredible amount of views per month. Find out how. 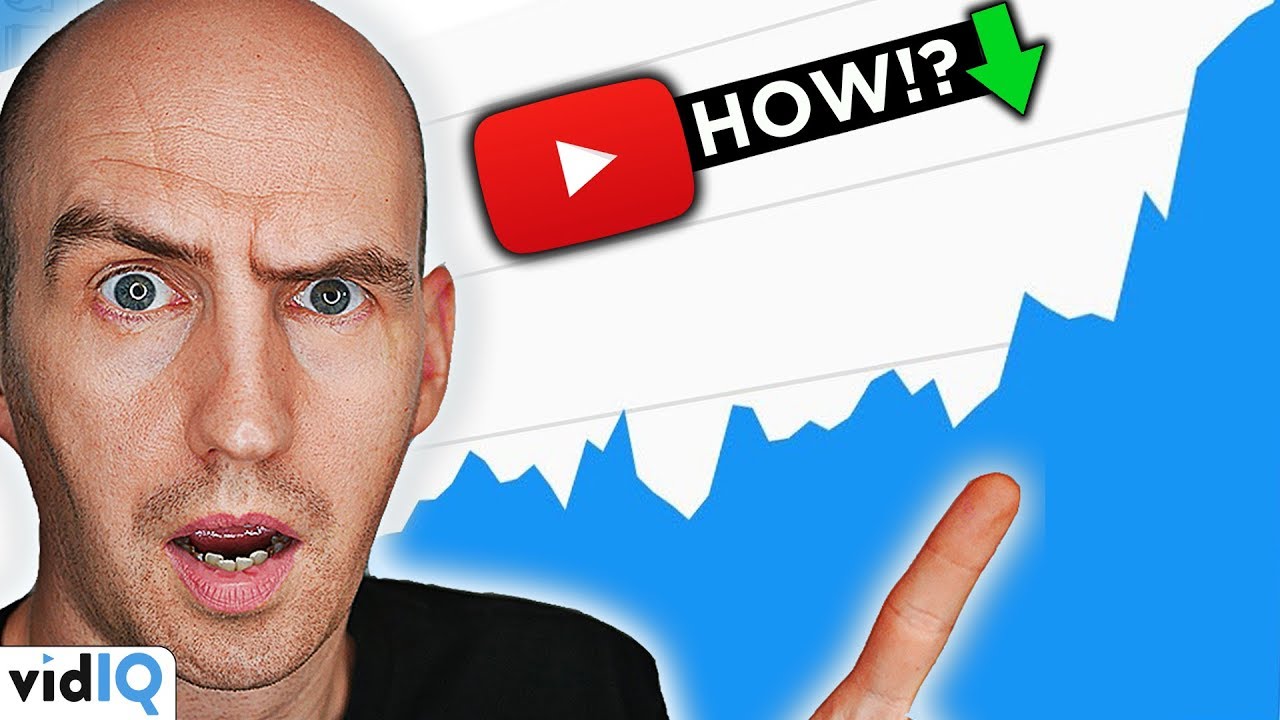 I'm going to let you in on a little YouTube secret today. One that's been earning our channel hundreds of thousands of views per month, and will likely earn us millions of views in the future. Thought you'd be interested in this one. Let's do this!

Have you ever had a video that just keeps churning out views, months, even years, after you've made it? The reason I ask is because those are the types of videos you can build entire channels around. And that's exactly what we've been doing here at vidIQ over the course of 2019. And the best news is this has nothing to do with PewDiePie versus T-series. Yeah!

The story starts back in July 2018 when YouTube introduced a new hashtag feature, and the moment we heard about this, we decided to make a tutorial video on the topic. Now it turns out that a lot of people wanted to know what these hashtags were and how to use them, so much so that this video a year later has over a quarter of million video views. Now that's pretty cool isn't it. 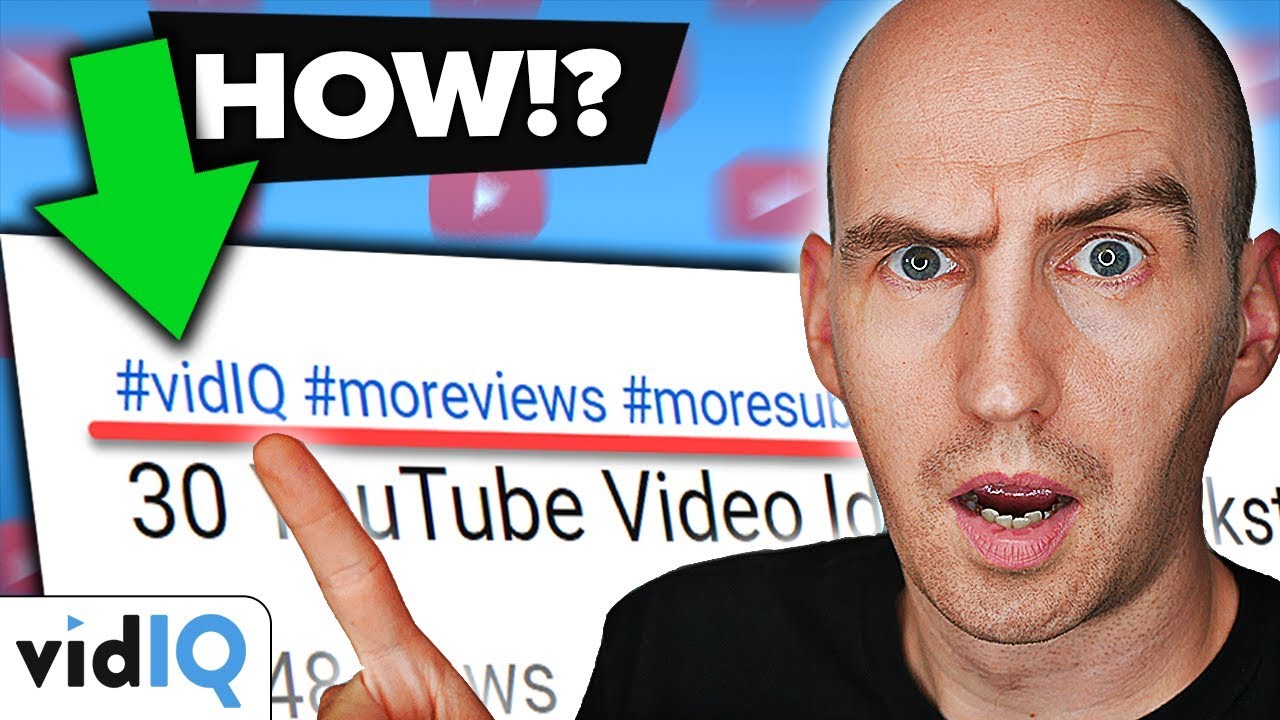 A simple tutorial on something that turned out to be a bit of a bust, but here is the craziest thing. A year after that video was made, it is still generating between five and six hundred views every single day, that's more than 3000 views per week, 15 thousand views per month. And it's been like this pretty much all year.

Yes the daily views have dropped maybe 25 percent - but most YouTube videos do not do this. They sink without a trace after the first month. So, obviously there's a question here, why is this video still being served up to viewers a year after it was made?

Well first of all it's a fantastic thumbnail, wouldn't you agree? For once I'm not actually joking, the click through rate on this video is ten percent, which is at the top end of the typical average. And one of the reasons why this is happening is because from the moment we launched this video it has sat on the top of the search page for YouTube hashtags. And we know just how important being at the top of these search rankings is, because we have a second video all about hashtags which we launched a few weeks after the first one which has a fraction of the views and click through rate to match.

And how did we immediately find ourselves at the top the search rankings? Well it was because we were the first channel to make a video on YouTube hashtags on the platform and get it out there before anyone else. Obviously it goes without saying, if there's anything new in your topic of interest, if your the first onto YouTube and video content you have a distinct advantage. And if there's a lot less competition, like there was with YouTube hashtags, which is a relatively minor news story, then you can dominate the search rankings and be the authority.

And now here's where there's a really important distinction between two different types of content. On the one hand we have trending news, that's here today, gone tomorrow. It's all about shock and awe, aiming to be in the right place at the right time for a viral video. And on the other hand we have brand new information, not trending news per say but something to add to a knowledge base that people may need to learn about for weeks, months, even years to come.

We've got a word for that, it's called evergreen content. Evergreen content is content that is always relevant or at least relevant for a very long period of time. We often joke that the gold standard of evergreen content would be to rank a video number one for how to change a car tire, or how to unblock a toilet. It doesn't matter how old that information is it's still relevant today. And yes, if you are brave enough to do a search for this term, and yes I have blurred out some of the thumbnails, you will find videos made over ten years ago with millions of views, that still get 70 views per hour today.

Over the past decade this screen has become part of the daily fabric of my life, and it helped transform my career path. But it's time is coming to an end, if not already, replaced by YouTube's new creator studio. This is a monumental change, hundreds of screens, analytics, channel setup and video management all changing from something we're all very used to, to something new, arguably improved but quite different, and unfamiliar. And this isn't just affecting me, it's affecting every single one of you watching this video, and reading this post, and millions more besides.

It’s a bit like saying, I know we've been learning about the Marvel universe for the last ten years, but going forward we're going to learn about the DC universe, it's kind of the same but everything is different. So if everybody on the platform needs to learn something new, who's going to teach it to them?

Let me give you a very simple example. How to delete a YouTube video, a basic function you might need to know, and the top video on this search result has one million views, nicely done. But sitting in the number two slot right now is a video we made in the beginning of 2019, which shows you how to do it in the new creator's studio. 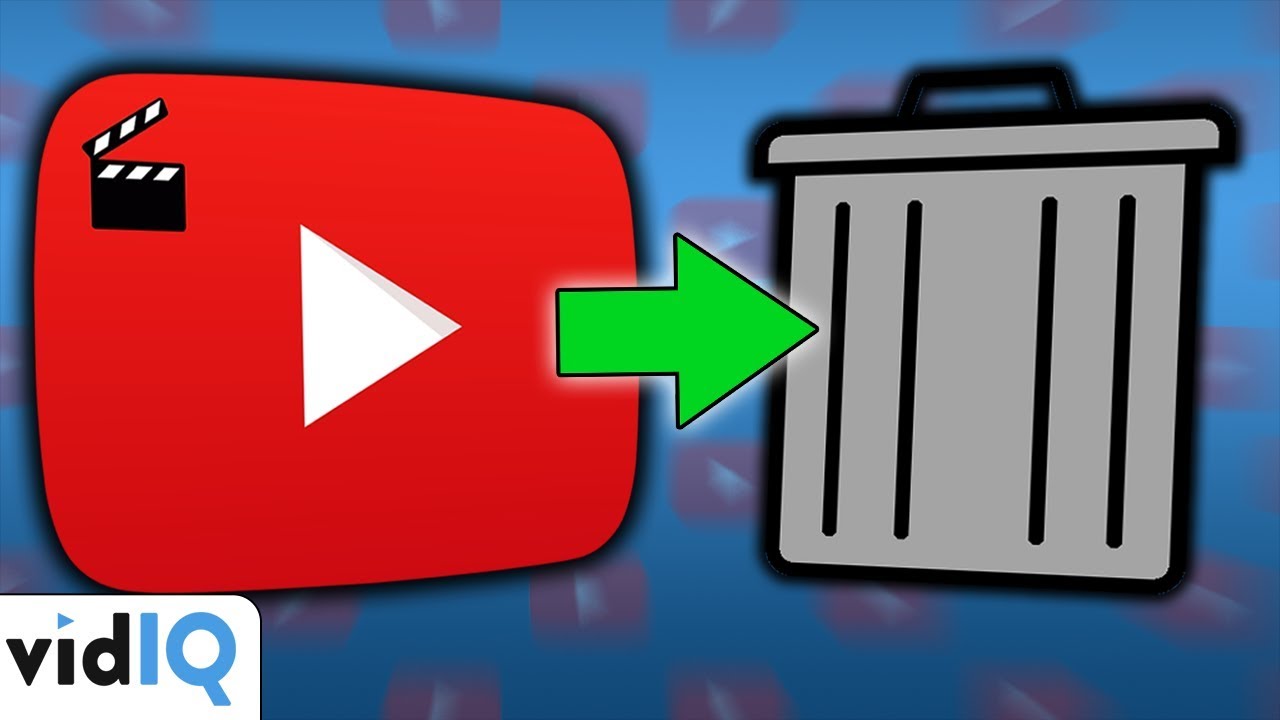 Now doing keyword research for this was pretty simple, it was the first thing that came into my head. How to delete a YouTube video. Everybody's searching for that term if they want to know how to do it. The thumbnail is pretty straightforward as you can see, my key concern was to make sure that it stood out against the rest of the thumbnails and looked different in some way. And no text certainly helps that.

Now that is all standard YouTube practice, but here are where things get a little more complicated when it comes to evergreen content. Evergreen content is often solution based in its nature, answering questions to commonly asked questions. And more often than not those asking the question just want the answer as quick as possible, nothing else. And that can lead to a counterintuitive YouTube video strategy.

On purpose I made the video relatively short, under three minutes and showed viewers how to delete a video in the first 30 seconds of this video, all the value was up front, the rest was saved for detail and a bit of bonding with the vidIQ community. Of course the common mantra is that watch time is the most important metric on YouTube. But what YouTube is also telling all of us more and more is to stop making videos for an algorithm and make videos for your audience.

Time is one of the most valuable currencies in the world and when a viewer spends it with you they want value from it. I can't and will not try to fool a viewer into a ten minute video on how to delete a YouTube video. And in this particular scenario YouTube completely agrees with me.

The second thing you need to appreciate with this strategy is your video will almost definitely perform worse to begin with, you just need to have unshakeable faith in the system. Through the vidIQ video comparison tool we can see that the blue line that represents this video on how to delete a YouTube video underperformed against channel expectation which is the pink line, at least to begin with, given time as the video grinded it's way through the algorithm, more people searched for it, clicked on it, and got value from it. By the end of its first 28 days this video was performing well above expectation from the channel. That's what a cumulative view kind of looks like, but the daily view count graph looks even more impressive.

It is not uncommon for evergreen content to tank very quickly after it's launch. It's usually not a sexy topic, a small number of people may be searching for the keyword, but the power of evergreen content is that the same number of people will likely be searching for the term tomorrow, next week, next month, next year, and if your video delivers the value the expectant audience wants this is what can happen. Almost as many view per day as the day the video was launched. Already that video's doing pretty well, but if I'm honest with you I expect it to do even better in the future.

At the moment YouTube are currently running both the classic studio and the beta studio, but at some point they're going to turn off that classic studio, which means all of those videos on the old method of how to delete a video will be obsolete and whose video is be there waiting in second place to take the top spot? Yep, it makes perfect sense now doesn't it? So that's one evergreen piece of content up and running.

But hang on I just said that the entire YouTube creators studio is changing, that gives me an idea. This has been our side project throughout 2019, creating simple tutorials to do important things in the new YouTube creator studio. As you can see some videos have been more successful than others, but each and every one of them is still getting views today and fingers crossed, those should be guaranteed views for years to come.

To date these new creator studio beginner guide videos have collectively brought in over a million views and we still have dozens more videos on the list we need to make. Admittedly this is a rare occurrence, for absolutely everything in a topic, YouTube analytics and channel maintenance completely change and that has given us a rare opportunity to dominate a huge topic as if it was starting all over again. But this type of thing in smaller doses is happening all the time.

And when you do identify these evergreen opportunities in your topic, if you apply some of these basic principles you could be onto thousands, tens of thousands, hundreds of thousands even millions of views, over the course of a very long time. Something to build your entire channel on.

How to Get More YouTube Subscribers In ONE MINUTE! (2019 New Method)

How to Get More YouTube Views With Shoutouts to MrBeast, PewDiePie or vidIQ!

How to Trim Videos with YouTube's Video Editor [2020 Method]