FIFA’s Battle of the Brands: A Competitive YouTube Analysis of the 2014 World Cup in Brazil

As Forbes contributor Rob Schwartz pointed out yesterday, this year’s World Cup was a global phenomenon rife with challenges for traditional marketing.

It was a major televised sporting event with almost no commercial-breaks for advertisers to showcase their message,” making it “incumbent upon marketers to think beyond TV.

And, boy, did they ever! 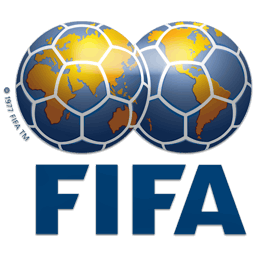 With 45 brands spending more than $400 million to promote 97 campaigns, the 2014 World Cup in Brazil represents one of the largest marketing events in history. It also marks the moment that online advertising claimed a definitive victory over television.

Commentators are quick to evaluate the success or failure of these video marketing efforts in terms of “total views”, but at vidIQ we know video virality is more than views-deep.

To get to the heart of the matter, we’ve decided to pit the top branded YouTube campaign videos head-to-head and see who won the 2014 World Cup Battle of the Brands (in our humble opinion).

How, you may ask? We’re taking the most telling engagement metrics from our Chrome extension’s YouTube video report card and evaluating the real, hard-won, organically-viral winners of this momentous marketing match. We’ll assess…

Share date – time since the video was uploaded, for context and to assure all metrics are evaluated equitably.

Total views – the reported number of times a video has been viewed on YouTube. Be wary, however, since this number can be manipulated and views can be bought.

Minutes watched – total, aggregated number of video minutes watched by YouTube users, regardless of whether or when the video was abandoned. Be wary here too, because creators can withhold this data – sometimes to protect proprietary information and sometimes to obscure a paid viewing campaign.

vidIQ score – this is an optimization score applied to every YouTube video according to our proprietary, cross-platform algorithm that predicts the video’s likelihood of promotion in Related Videos, Search, Recommended Videos, and more.

Creator suggested – this metric monitors the relative number of videos that YouTube is linking back to a publisher’s own channel, and is a fair indicator of a channel’s level of management or sophistication. Read a more detailed explanation of “Creator suggested” here (if you’d like).

True engagement – the Gold Standard of video marketing metrics, this key YouTube performance indicator crunches the numbers on every social media share and linked referral to a specific YouTube video, relative to its number of views. In a nutshell, “true engagement” shows us what portion of the audience found a video share-worthy.

Tags – these keywords are intended to make videos more searchable or “related” on YouTube and, in the best of cases, are part of a more targeted SEO strategy. 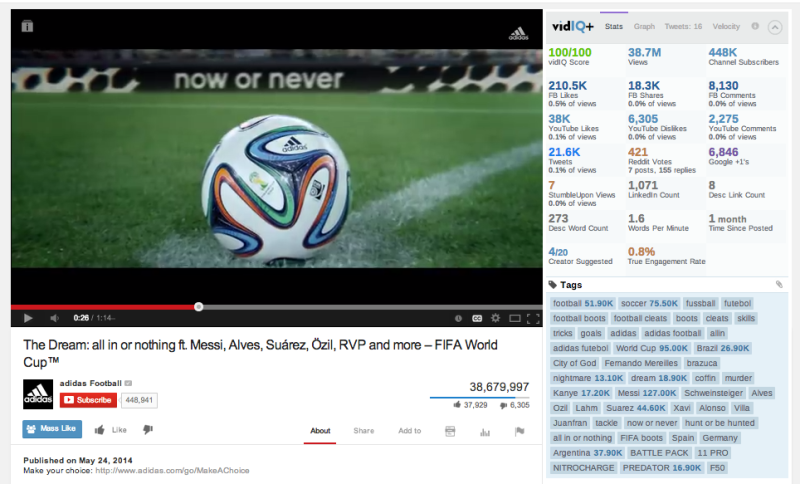 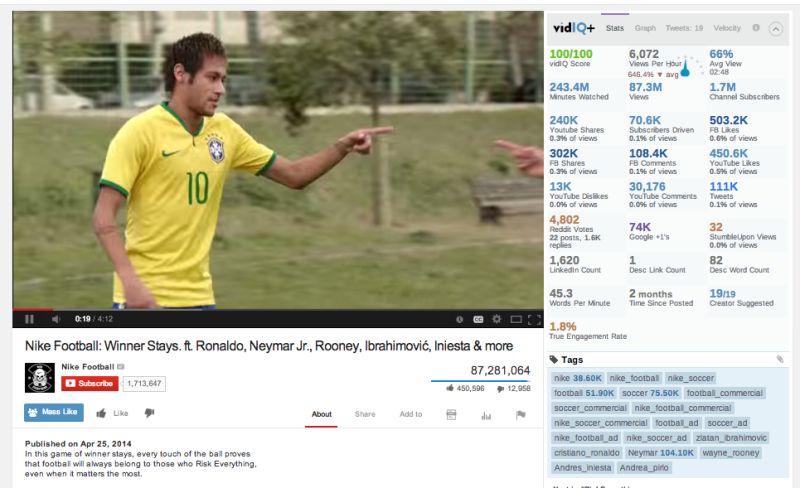 Nike wins by the power of true audience engagement, which is undiluted despite its high number of views. 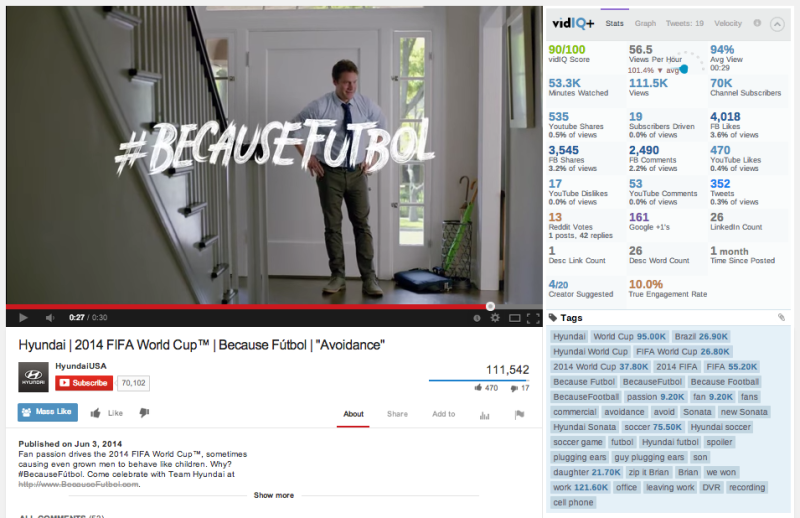 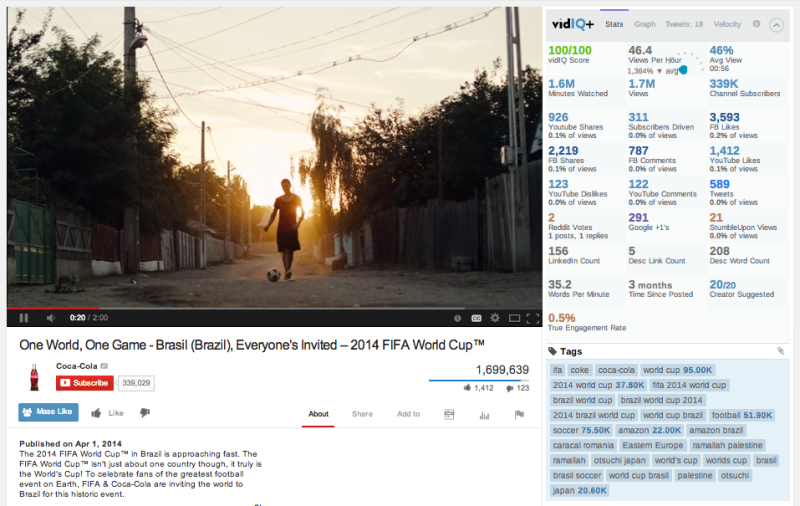 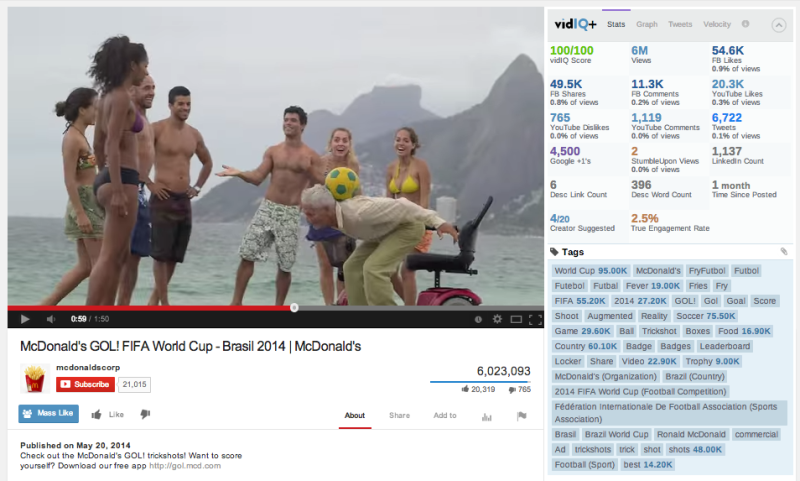 McDonald’s wins handily, in a competition so lopsided that it might trigger some PTSD from the Germany vs. Brazil semifinal.

Rob is extremely passionate about helping YouTube creators grow with data and insights.