In the race for the most subscribers on YouTube, T Series have taken the lead over PewDiePie on many occasions. But why can't they keep a hold of it? 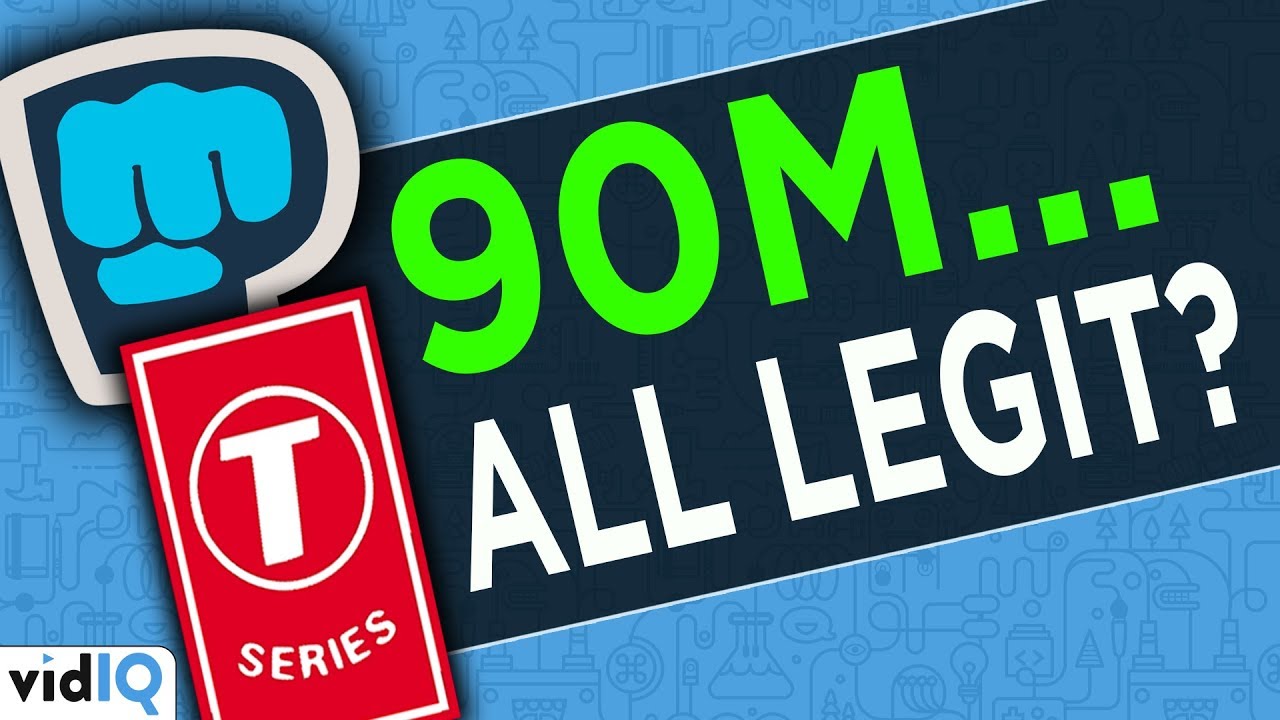 First of all, let's say congratulations to PewDiePie. The first independent YouTube channel to reach 90 million subscribers. If he was a country, he'd find himself in between Vietnam and Germany. And, of course, let's not forget T Series, who hit the same phenomenal landmark just half an hour later. But, this continued neck-and-neck race between two channels is starting to raise some interesting and hard questions

I think we've all got used to the idea of PewDiePie being overtaken by T Series on occasion. It's happened a number of times, but the curious question is this, having taken a lead, why can't T Series maintain it and indeed stretch it? The gap always seems to be a few thousand subscribers, and doesn't last more than a couple of hours at most. Before by the end of the evening, PewDiePie finds himself maybe 15 to 20,000 subscribers ahead, and then we repeat. As day turns to night or night turns to day, depending on your perspective, PewDiePie has a lead that soon vanishes and now we find T Series once again in the lead. So what's actually going on in the PewDiePie vs T Series race to the top?

Now, you could maybe accept this happening for one or two nights in a row while some massive PewDiePie campaign of the likes we've seen before propelling him hundreds of thousands of subscribers ahead. But this type of subscriber fluctuation has been going on for months - almost as if it's being controlled on purpose to help each channel feed off of the continued media interest. It just doesn't make sense for T Series to catch up, and then still not be able to jump ahead of PewDiePie for longer than 24 hours. So what is going on here?

Well, I found a really interesting video by a chap called Mehditation, who talks about a controlling YouTube algorithm. It's really brilliant stuff, and this is what he thinks is happening. We know T Series has been catching up PewDiePie for a long time, years in fact. Before this turned into a race, PewDiePie averaged 30,000 subscribers a day, while T Series would average in excess of 100,000 subscribers a day. Now yes, when it turned into a race PewDiePie got the occasional huge subscriber boost from the YouTube community. But, ultimately, they can only help for so long against a relentless T Series YouTube machine.

But as both channels grind towards 100 million subscribers, the rules of engagement seem to have changed. As if they are magnetized to each other, both channels averaging just under 140,000 subscribers a day. So, how might this happen? Let's go into conspiracy mode. Let's pretend that T Series has millions of fake accounts subscribed to their channel. And as they gather more and more real subscribers, they simply shave off the fake ones. Thus, controlling there ultra consistent subscriber count that they have had for months, if not years. Or, what if it's the complete opposite? What if it's millions of fake accounts that are being pumped into PewDiePie's channel? And as he gains new and legitimate subscribers, the fake ones are simply sliced off the top. Thus, keeping a subscriber pace that PewDiePie's channel has never been able to sustain for such a long period of time. It keeps both channels in the news, and both channels benefit from it.

Now, given the recent numbers, and how the subscriber rate has changed over the last couple of weeks, I find this theory absolutely fascinating with some plausibility. Do I think it's true or not?