YouTube recently announced even more ways that creators can generate revenue from their video content. Find out if you can take advantage of the new features via the YouTube Partner Program. 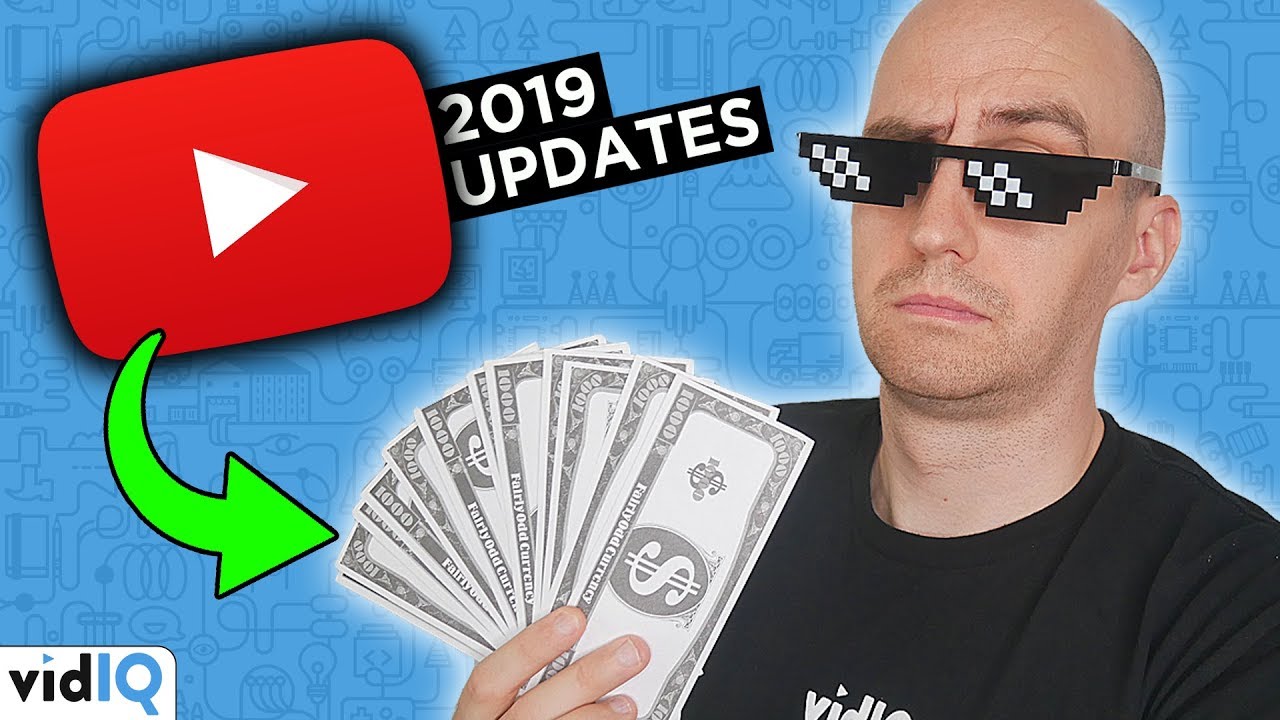 There used to be a time where you could only make money through YouTube from AdSense, and you would have to generate any other income, such as affiliate links, brand deals, and merchandising, off-platform.

But YouTube has got a lot more sophisticated in the last couple of years, now giving you several options to make money officially through them. On top of that, YouTube have recently announced some upgrades, as well as some facts and figures about how you can make money on YouTube.

Now, just before we go into the details, there is something that you video creators do need to bear in mind. All of these tools are part of the YouTube Partner Program, which means you need 1,000 subscribers, 4,000 hours of Watch Time, and have applied and been accepted into the program. If you haven't yet got there, please watch the following video which is full of tips, tricks, and advice to help you get there. 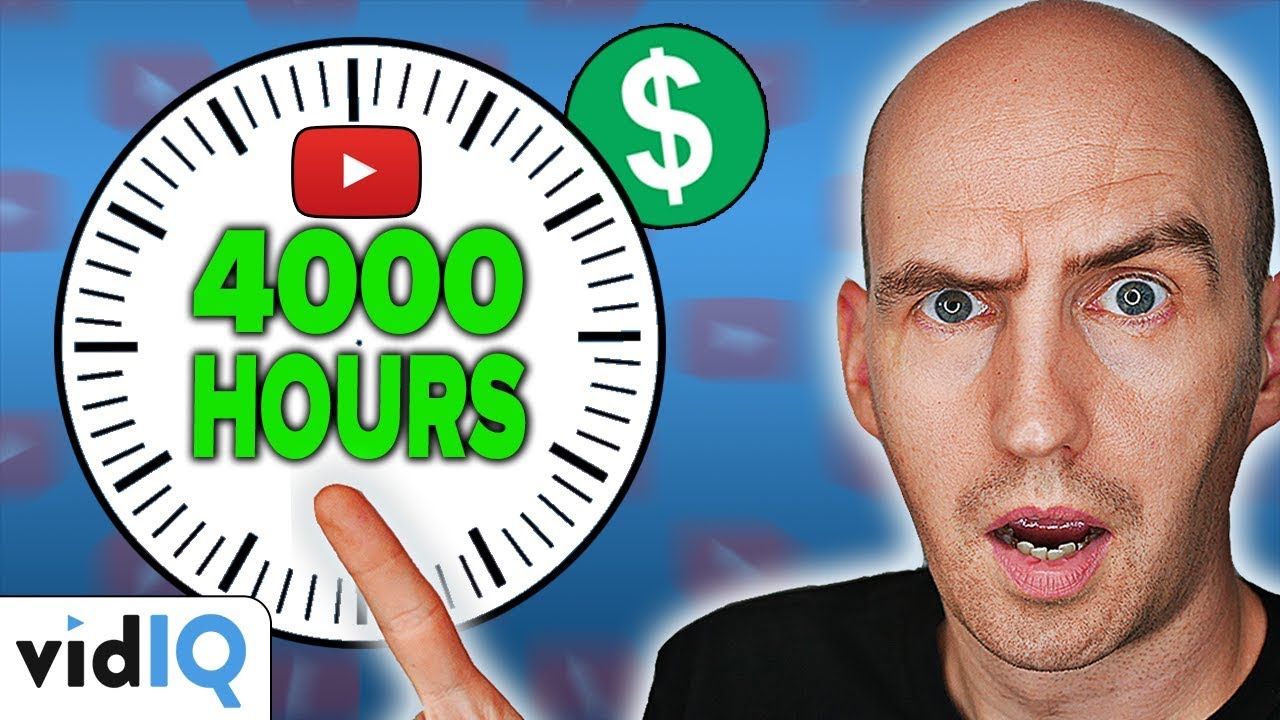 How to Make Money on YouTube through the Partner Program

If you have reached that target and you have been accepted into the YouTube Partner Program and you have monetized your content, congratulations, but at this point, you're probably feeling a little bit like this. Oh, is that all I get?

Now, don't get me wrong, there is absolutely nothing wrong with earning money from the adverts on your videos, but you don't earn that much compared to what you could potentially be earning from other income sources, and of all of the income sources you have control over, AdSense is probably the least reliable.

With changes in CPM, changes in season, and the demonetization of videos from YouTube, you have almost zero control over any of this, so by all means, have AdSense running in the background as a nice bit of extra cash, but start to think bigger with these YouTube tools.

Super chats allow viewers to make a financial donation to a channel and then have their message prioritized in their livestream chats and during YouTube Premier chats. The best thing about this feature is that it's pretty much available to all monetized channels as long as it's available in your country. To find out whether you're eligible for Super Chats and to turn them on:

Now, we here at vidIQ do live-streams every single week, and we occasionally get Super Chats from you, the awesome community. Thank you very much for that. And YouTube recently said this about Super Chats, and the numbers, to be honest, are mind-boggling:

There are now over 90,000 channels who have received Super Chats with some streams earning more than $400 per minute.

Super Chat is now the number one revenue stream on YouTube for nearly 20,000 channels - an increase of over 65% over last year!

The simplest way to explain this is that Super Chats come from your biggest fans because they feel involved in your journey. They are part of your community. They feel invested in you, and through the medium of the livestreams that they're watching, they want to give something back to you.

Now, live-streams may get a fraction of the views that your video on-demand content might get, but those people watching your live-streams are your most dedicated followers, and if I, the video creator, make sure that these livestreams are all about the audience, that's where Super Chats can really work.

And the funny thing is, here at vidIQ, we do live-streams every Tuesday where we audit your channels. It's all about you, but we actively discourage people from sending us Super Chats, because we don't want to favor people who have sent us money and audit their channels. We wanna do it for free, but people still send us Super Chats as a way of saying thank you. That's the power of the Super Chat.

Now, of course, there is a personal/content barrier to entry. In order to get Super Chats, you need to do livestreams. Now, if you're a gaming channel, this is very easy to do. You just start screen recording a game that you're playing on and livestream to your audience and talk to them as you're doing it, but if you're new to livestreaming and you're not a gamer, just be honest with your audience.

Post in your Community tab that you're gonna do a hangout session or a Q&A or you're gonna look at important questions that have been asked on your videos and try and answer them. Make sure that, when you go live, you're talking to your audience, so being a little unplanned is not a bad thing, and just enjoy the experience. Live-streams can be crazy things, but once you get used to them, they are fantastic, and at the end of that journey, you have Super Chats to financially support you. Incredible stuff, do try it.

With the Super Chat tool already highly successful, YouTube announced a new feature called Super Stickers. This will allow fans to purchase animated stickers during livestreams and Premiers to show their favorite creators just how much they enjoy their content.

Stickers will come in a variety of designs across different languages and categories, such as gaming, fashion, beauty, sports, music, food, and more.

I'm sure you've seen the merch carousel that's now directly baked into YouTube channels that allows you to buy merch directly from the video watch page. The requirements for offering this feature are a little stiffer. Being in the YouTube Partner Program is the prerequisite, of course, and for this, you will need more than 10,000 YouTube subscribers and have zero Community Guidelines Strikes. To set this functionality up:

There are many YouTube channels that have built entire financial empires out of merchandising, and as you grow your channel and build your community, you will start to develop brands and slogans and characters that people might want to get a piece of in terms of merchandise. Being able to sell your stuff officially through the YouTube platform is pretty awesome. However, the drawback to date has been only one available merch provider, Tee Spring, but the good news is YouTube recently announced five new supported vendors, and those are Crowdmade, Don't Forget To Be Awesome, Fanjoy, Represent, and Rooster Teeth. We recently featured Crowdmade on TubeTalk and you can read more about them and how to make money from selling merchandise on YouTube.

YouTube Channel Memberships allow viewers to join your channel through monthly recurring payments. In return they get membership-only perks like badges, emojis, and other goods you offer, like exclusive live-streams, extra videos, and even discounts on merch. The eligibility requirements are pretty strict for this one.

You need 30,000 subscribers, be over the age of 18, be located in a country where channel membership tools are available, agree to the terms of service of the feature, and have zero strikes on your channel. Even then, you might not be eligible, as it's still rolling out.

Now, of all of the monetization roots you can go down, memberships probably requires the most effort from you. Super Chats are pretty much taken care of by YouTube. You don't have to do anything for them. In terms of merchandising, you can pick one image and create dozens of items from it and have a shop set up within the hour, but with channel membership, you are making a commitment to your audience to create exclusive content for them. So, think about the creative juices and the time, energy, and resources you're going to have to put into your channel members.

Think back to when you were first starting your channel and you were committing to a video schedule, whether it be once a week or once a day. Well, channel memberships is like that, but on an entirely new scale. You need to make a commitment to those channel members to provide what you're promising, because they're paying for it.

With all that being said, recently, YouTube have massively upgraded this tool with one of the most requested features, membership levels. With levels, creators can now set up five different price points for channel membership, each with varying perks. This is how the Fine Brothers are using membership levels on their React channel, going all the way up to $30 a month. According to YouTube, this has increased revenue from their channel memberships by 600%!

YouTube Viewer Applause: Could THIS Make you MORE MONEY FASTER?

How Much YouTube Paid Me for Doing ABSOLUTELY NOTHING!