Watch Time is one of YouTube's most important ranking metrics - but what is it and how do you increase Watch Time on your own YouTube videos and Channel? 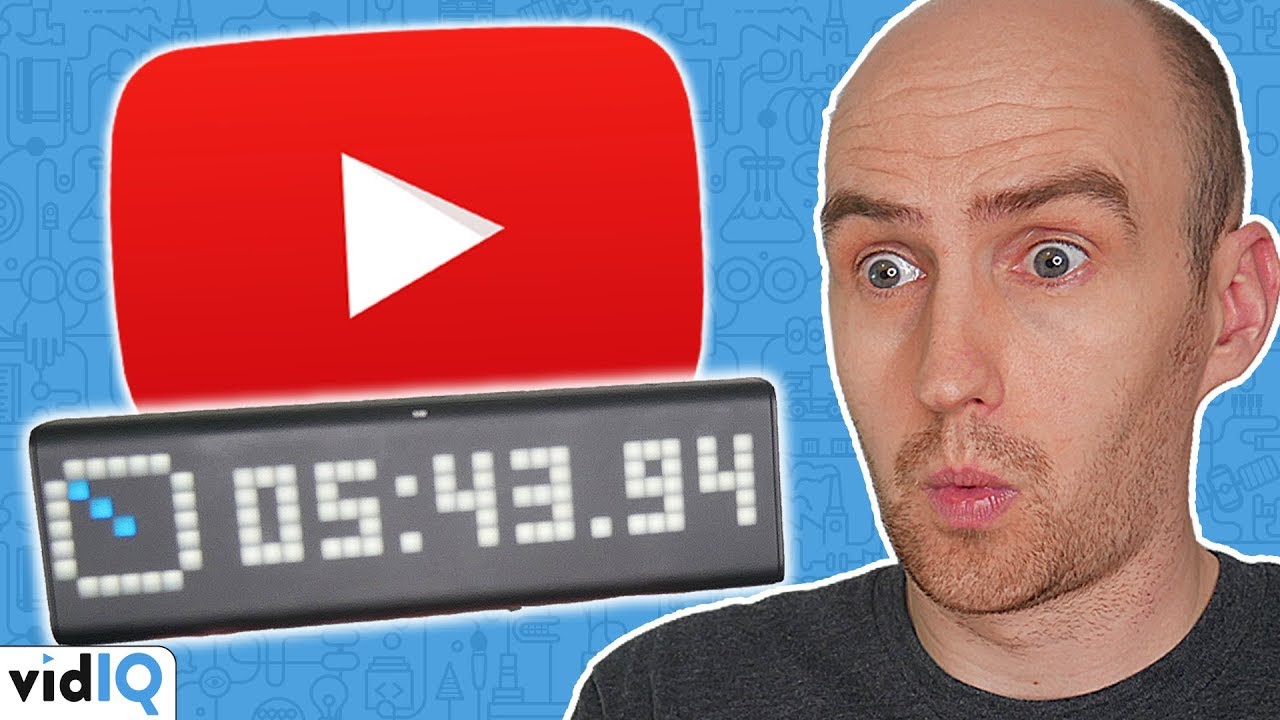 Pay attention because this tip is super important. Why? Because YouTube wants you to get as much Watch Time as possible in every single video that you make. For those who've never heard this term before, Watch Time is generally considered the most important metric on YouTube. Basically it is the physical number of minutes and hours your content is watched for by people on YouTube. But why is Watch Time more important than views?

Let's take a look at it from this perspective. Views represent clicks, or visits, but they don't tell you for how long somebody is on the YouTube platform or on the mobile app. The more Watch Time YouTube has from its audience, the more ads they can sell to the audience, making more money for YouTube, and more money for the video creator. So it stands to reason that the more Watch Time you can create from your videos, the more YouTube is going to reward you, and share your content with more people. Win win win.

YouTube have stated that when it comes to Watch Time, audience retention is hugely important, but there are a lot of ways to get more Watch Time, and that's what we're gonna explore right now.

Let's look at the numbers first. If you haven't already seen our beginner's guide to YouTube analytics, I recommend you watch that video at some point to help with navigating around these screens more confidently.

With that being said, on the Creator Studio dashboard, click on ‘Analytics’, and then at the top of the graphs, click on the ‘Interest Viewers’ tab. You should now see an average view duration box and if you click on this, it will show you a graph of on average how long your videos are watched for. This is useful from a channel perspective, and as we've already said, more is better.

But this graph doesn't take into account how long each individual video is. So to improve Watch Time, you really want to start by scrutinizing every single second of a single video. To do this, click on the ‘Videos’ link to the left, which lists all of your videos. Then choose a video you want to analyze. Click now on the analytics section, and on the first screen here, you should see this audience retention box.

Now, you can make a video an hour long if you want to, but if nobody's watching it after a single minute, that's going to send some pretty negative signals to YouTube. Audience retention is all about keeping that viewer interested throughout the entirety of your video. Keeping them informed, interested, intrigued, and entertained. And you want to try and get that audience retention to as close to 100% as possible. Generally speaking, that's very difficult to do. So a general benchmark is somewhere around about 50%. And this box will tell you all that, the total length of the video, and the average view duration converted into a percentage.

To really drill down into this data, you can click on the ‘See More’ button, and then watch the video to see where there are peaks and dips in your content. There's always loads of useful stuff you can glean from audience retention graphs, like why Audience increase or decreased at a certain point in the video.

The Importance of Short Video Intros

Let's talk about how important video intros are. You are always going to have a sharp drop off in viewership as soon as the video starts. For some viewers, the content is just not going to click, and they will turn off instantly. And then there's gonna be another group of viewers who may stick around more maybe 15 or 30 seconds to try and determine whether this video delivers in some way from the thumbnail and the title. That's why there needs to be some sort of hook or payoff. A way to entice a viewer to invest a few more minutes into the video, and hopefully keep them engaged for the entirety of the video. You can look back at pretty much any video on vidIQ, and you'll see me trying to entertain, inform, or intrigue you in those first 15 seconds before you see the vidIQ splash screen. That is my attempt to get you to watch longer, and I think it works, generally speaking.

On educational videos, creators will give you the final result at the beginning of the video, and then the rest of the video is about how to get there. For compilations or stories, there may be an epic part of the video that's used at the very beginning intro, and you don't actually see that part until maybe four or five minutes into the actual video. It's kind of like teasing a story before you watch the beginning of it. So if you've not tried this before, experiment with a dedicated intro to your video, and try to keep it to 15 seconds or less. Oh, and your branded intro or bumper should be no longer than five seconds.

How to Keep the YouTube Viewer’s Attention with Pattern Interrupts

Because as you well know, the average audience attention span of a YouTube viewer can be pretty short. So how do you fix that? You do something called pattern interrupt. A pattern interrupt is a change of pace, tone, and style - think of pattern interrupts as attention reset buttons. You still know what the videos about, but there's something new to look at on the screen

Don’t Create Long Videos for the Sake of it

The most important currency on YouTube is time. You want as much Watch Time as possible, but your viewer wants to spend their time on YouTube as efficiently as possible. Just because YouTube states that Watch Time is one of its most important ranking factors, doesn't mean you should make longer videos to get more Watch Time. You're pandering too much to an algorithm, and doing a disservice to your audience.