How Likely Are You to Receive a $42,530 Fine Under YouTube's FTC COPPA Rules?

When it comes to COPPA, the FTC, and YouTube there is one shock and awe number that is scaring everyone - that potential $42,530 fine. Is this just clickbait or a very real threat for YouTubers? 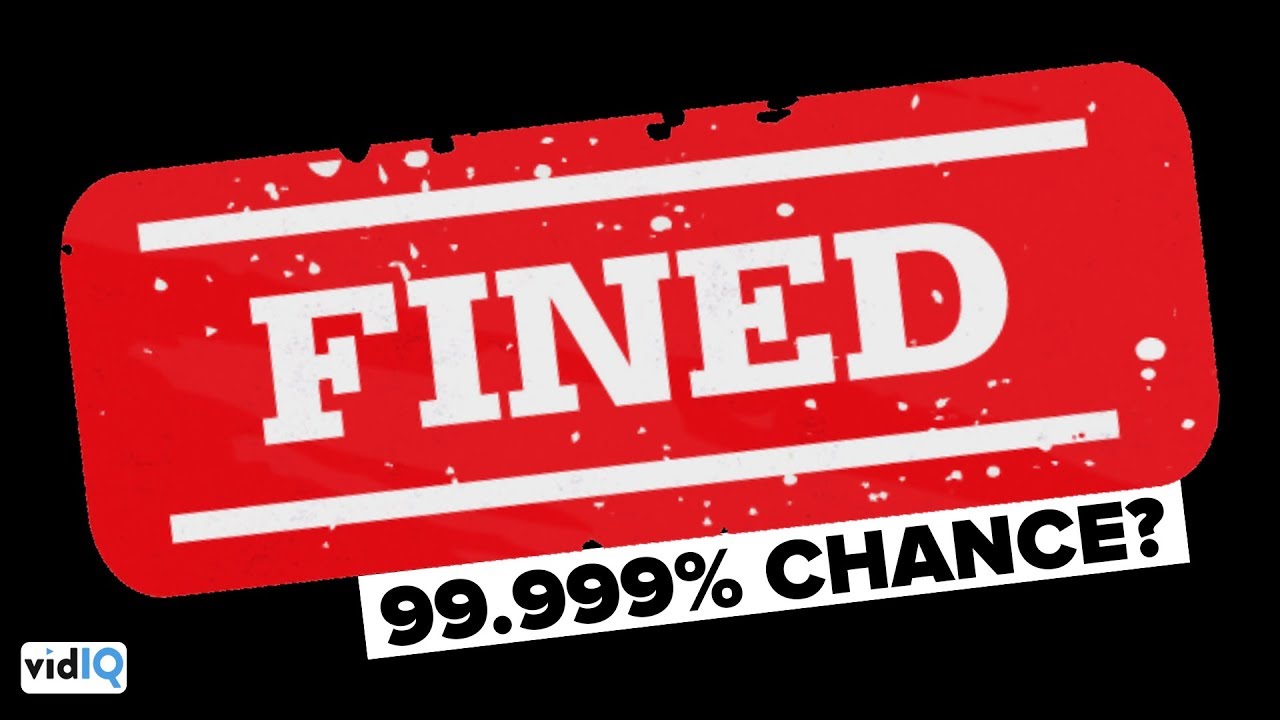 A quick heads up - we’re getting a lot of feedback that YouTube creators are just deleting videos after the announcement about COPPA, which seems to be completely the wrong thing to do. If you're unsure whether your videos are made for kids or not, play it safe in the short term and set that video to ‘Made for Kids’. And then, as we move into 2020 and we get a better understanding of how we should categorize our content, change it then, but deleting videos means you're losing the views, and you're losing potential ad revenue. It makes no sense.

YouTube is not banning you from making content for children. They just want you to make sure that you know what you're doing because you are liable for a fine if you get it wrong, and that fine, apparently, will be $42,530 U.S. dollars. Yes, that's correct, folks. This number is now actually a search term on YouTube, littering video titles because a huge number of creators have got it into their heads that they will be caught by the FTC and they will be fined $42,530.

We ourselves have been guilty of using that very figure in one of our thumbnails because it's simple to use and it creates a headline statement which is almost guaranteed clicks, but are all of us who are talking about this topic doing all of you a disservice? The only way to find out is to check the facts and go to the source, which is the FTC.

FTC and COPPA: The Facts about Fines

In a document titled "YouTube Channel Owners: "Is Your Content Directed to Children?" an FAQ section reads as follows:

What are the possible penalties for violating COPPA? The Rule allows for civil penalties of up to $42,530 per violation.

All right, then, some key wording right out of the gate. This is not a fixed penalty. You could be fined up to that amount. If you're a video creator with 100 subscribers who has never monetized their content, and you break the COPPA law by accident, do you think you're going to be hit with $42,530? For legal reasons, I don't think I can say no with 100% certainty, but you know those bacterial wipes that say that they kill 99.999% of germs? That's how confident I am that you wouldn't get a $42,530 fine. Also from that FTC page:

The FTC considers a number of factors in determining the appropriate amount, including a company's financial condition and the impact a penalty could have on its ability to stay in business.

The vast majority of you watching this video are not companies, you're independent video creators, and in the same breath, not to be offensive, but most of you are either not monetized or make very little money from monetization on YouTube. Because you see, a lot of what the FTC is about to embark on with YouTube content creators is uncharted waters.

Will the FTC Fine You?

To put this into perspective, there are millions of video creators on YouTube, and if just 1% of those creators violate COPPA, that's at least 10,000 content creators the FTC will have to investigate. Whatever way you look at it, 30 doesn't go into 10,000, especially when those 30 cases were investigated over the span of 20 years.

The FTC has stated that once its order has been effective for a period of time, the commission will conduct a sweep of the YouTube platform, determine whether child-directed content is being properly designated as such in order to ensure that the channels themselves are complying with COPPA. None of us knows what a sweep means in this instance. It's very unlikely to be people at the FTC watching every single video that's published to YouTube. It's likely to be more automated in some way.

From a very simplistic and somewhat naive viewpoint, it's all very well and good having an automated system go through the YouTube content, but surely, at some point, if the FTC is going to impose financial fines on an individual human being, then, at some point, there needs to be a human at the FTC making sure that the automated system got it right. Oh, no, wait. That's what YouTube does, and they often get it wrong. And I still can't wrap my head around this. Just over 30 cases in 20 years versus 23 million video creators uploading 500 hours of content every single minute. How is the FTC seriously going to deal with all of this content fairly?

And that leads me to believe that a lot of cases are going to fall to YouTube's automated machine learning. I wouldn't be surprised if only a fraction of the COPPA violations ever hit somebody's desk at the FTC. They're going to rely on YouTube to police their own content for many of the creators who are under a certain number of subscribers or views on videos, but that is just my opinion. It's not based on any facts right now, because it hasn't happened. We haven't got any cases to look at yet. And if it is left to YouTube's machine learning to police your content, what's much more likely to happen than a huge fine?

YouTube will recategorize your content as ‘Made for Kids’. You'll lose the personalized ad revenue. You'll lose comments, you'll lose stories, community tab, all those sorts of things, but you will not get $42,530 fine to pay.

The FTC is not out to impose maximum fines wherever possible. They will assess the financial conditions of the violator and their ability to stay in business. And for the vast majority of video creators, that sentence isn't even compatible. This is not your business, it's your passion. It's your creative outlet. It would cost the FTC so much to fine so many of you so little for it to not even be worth it, and when you start to investigate previous cases, you discover just how much trouble a company needs to get into.

In this case, a company called I-Dressup had 2.1 million registered users. A quarter of a million of them were known to be under 13. They were fined $35,000. What would that be the equivalent of in YouTube terms? Two million subscribers? In two other cases, the companies had fewer members or registered users on their books but were fined a lot more money. Today, the FTC has dealt with established money-making enterprises, and can only investigate them on a case-by-case basis.

FTC Fines Based on Advertising Revenue

The COPPA fines also seem to be calculated to be the revenue earned from targeted advertising. Again, for the vast majority of channels who are really worried about this, it shrinks the potential fine to a minuscule amount.

Now, I'm not saying this should be applied to every single channel. If you take a look at Jake Paul, for example, a huge channel, well-established, that has been accused of targeting merchandising sales to children under the age of 13, those are the types of channels who want to be looking over their shoulders, not the typical video creator such as yourself.

So, with all of this being said, does it convince you that if you continue to make videos on YouTube, you will not be hit with a $42,530 fine from the FTC? Yes, children's content creators are still going to be massively impacted in a negative way on the YouTube platform. They have serious questions to ask themselves as we move into 2020. I wish you all the best of luck on whatever decision you decide to make, but ultimately, YouTube, with its near two billion monthly active users, isn’t going anywhere.